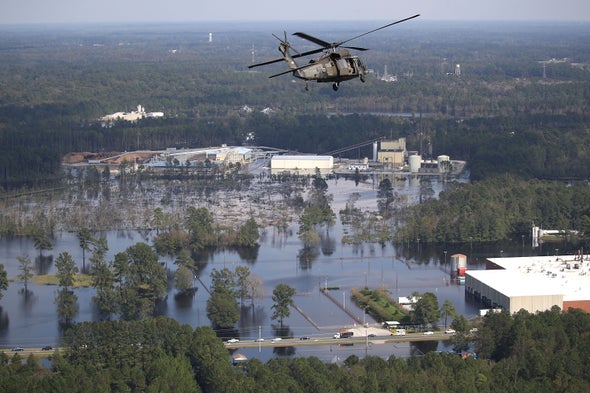 An overwhelming number of emergency managers in the U.S. are white, and the profession must diversify to reverse decades of disaster response policies that have shunned minority communities and perpetuated racial discrimination, a state emergency manager told Congress yesterday.

“An overwhelming number of individuals designated as emergency managers are white males,” Brown told members of the House Transportation and Infrastructure Committee. “Diversity in emergency management will help to reverse the existing failure to enact equitable practices before, during and after disasters.”

Brown said that increasing the representation of minorities among federal, state and local emergency managers would bring more equity to emergency planning, hazard mitigation and disaster response, which would strengthen minority communities that are vulnerable to disasters.

Brown, who is Black, was testifying as a founder of the Institute for Diversity and Inclusion in Emergency Management, a nonprofit created in 2018 to promote diversity in the profession and equity in disaster response.

Brown’s virtual testimony to mask-wearing lawmakers in Washington came at an extraordinary moment as mourners gathered outside the U.S. Capitol to honor the late civil rights hero Rep. John Lewis (D-Ga.) and as the COVID-19 pandemic continued to sicken and kill Black and Hispanic people at a high rate.

The pandemic and ongoing protests for racial equality have brought renewed attention to research that shows minority communities are more vulnerable to the effects of climate change and suffer disproportionately from intensifying hurricanes, flooding, wildfires and heat waves. The vulnerability results both from where the communities are located and social factors such as high poverty rates that impede disaster preparation and recovery.

The 10 counties the federal Centers for Disease Control and Prevention deems most vulnerable to disasters are on average 81% minority.

Some research shows that minority communities experience worse heat waves and urban flooding than white neighborhoods because “redlining” housing policies dating to the 1930s segregated races and pushed minorities into dense neighborhoods without greenery to absorb heat and rainstorms.

Brown alluded to the research, saying that “systemic and structural racism” and “discriminatory economic policies are the root causes for creating and enhancing vulnerability faced by at-risk and marginalized communities.”

Studies also have shown that minority communities receive less disaster aid after an event and sometimes lose wealth while white neighborhoods become wealthier as a result of disaster recovery policies that favor homeowners over renters.

An E&E News investigation last month found that the Small Business Administration gave far less money in disaster loans to communities in which a majority of the residents are Black than the agency gave to overwhelmingly white neighborhoods (Climatewire, June 30).

“Whether the disaster is a pandemic or an extreme weather event, one thing is consistently true,” Brown said. “The most vulnerable individuals and communities will disproportionately suffer disaster impacts, fatalities, injuries both physical and psychological, infrastructure damage and loss, and economic decline, which contributes to widening wealth inequality.”

Brown’s testimony drew a sympathetic response from Rep. Dina Titus (D-Nev.), who convened the hearing to analyze the experiences of vulnerable populations during disasters.

“In the field of emergency management, there’s not much representation from people of color, from women, from people with disabilities, especially at the top levels of management,” said Titus, who is chairman of the T&I Subcommittee on Economic Development, Public Buildings and Emergency Management.

“Right now, we have a field that is not diverse, who cannot fully understand the unique experiences of the communities that are most impacted,” Brown replied.

Rep. Jesús García (D-Ill.) said the Federal Emergency Management Agency “has a lot of opportunity to get better” and could “evolve with more diversity.”

Although FEMA Administrator Peter Gaynor is white, the agency has several senior leaders who are minorities as well as an unusually diverse workforce.

During President Obama’s second term, the Department of Homeland Security, which oversees FEMA, was led by Jeh Johnson, who is Black.

In FEMA, 44% of its 20,000 employees are minorities, and 30% of its 1,900 supervisors are minorities, Office of Personnel Management records show. Roughly 37% of the federal workforce and 40% of the U.S. population is a racial or ethnic minority.

FEMA should adjust the $35,000 limit on the amount of disaster aid it gives individuals, Brown said, “to recognize that at-risk individuals and communities need more support for longer periods of time.”

“We must commit to dismantling systemic and structural inequities in disaster preparedness, mitigation, response and recovery to reverse the current trends of disproportionate impacts,” Brown said.

Reprinted from Climatewire with permission from E&E News. E&E provides daily coverage of essential energy and environmental news at www.eenews.net.